Your solution to airport ground handling

Click on the airport icon to find out information

The airport is 14 km from Karratha and 3 km south of Dampier. Karratha Airport is the second busiest airport in Western Australia that handles commercial fights and has played a major role in the development of the Pilbara region. 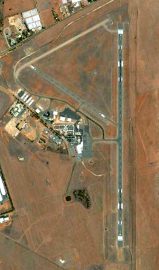 The airport is located 11 km east of Geraldton, Western Australia, along the Geraldton – Mount Magnet Road. Geraldton Airport is the main regional base for aircraft charter operations, flight training, private flying, aerial and agricultural work and aircraft maintenance in the mid-west region. 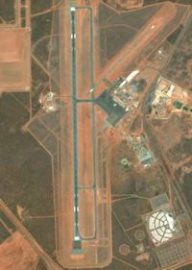 The airport is 9 km south-east of Port Hedland, 11 km from South Hedland and is owned by the Town of Port Hedland Council. It is an important airport for passengers who work in the mining industry. 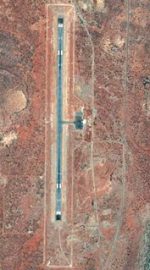 The airport is located 9 km northeast of Paraburdoo. Paraburdoo airport also services the town of Tom Price, with bus services completing the extra 71 km. The airport is owned by Rio Tinto Group with the primary air traffic made up by a mixture of regular passenger transport as well as general aviation light aircraft.

The airport is 11 km southeast of Newman and 5 km north of the Tropic of Capricorn. Newman Airport is owned and operated by The Shire of East Pilbara and serves as a vital link between the community of Newman and surrounding communities to Perth.

The airport is 3km from the town site. Onslow Airport redevelopment commenced in June 2012 and the facilities were completed and fully operational in August 2015. On 24 August 2015 the redeveloped Onslow Airport was officially opened. The redevelopment was funded by the Shire of Ashburton, Chevron-operated Wheatstone Project and the State Government and now provides a valuable service to the town and surrounding industrial projects.

Alice Springs Airport is located 13 km south of Alice Springs townsite, Northern Territory. The airport can accommodate the Airbus A380, Boeing 747 and 777 landing The only scheduled flights using the airport are domestic, although international charters do use the airport on occasions. The airport is not subject to a curfew and operates 24 hours a day.

Broome International Airport is the regional hub of the north western part of Western Australia. It is considered the gateway to the Kimberley region. In the year ending 30 June 2011 the airport handled 409,663 passengers. It is ranked the 20th busiest airport in Australia

The airport is 3.7 km west of the town centre and caters for tourism mining and shipment of local produce.

Heavy wet seasons often result in this area being cut off from essential outside services and deliveries. The airport is a crucial piece of infrastructure which enables people and goods to enter or leave from the region and especially supports tourism and economic development.